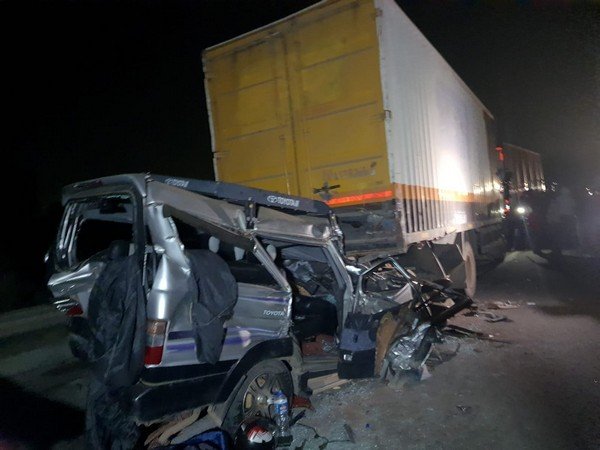 Four persons — two men and two women — were killed in a freak collision of vehicles on the Nice Road on Friday night.

The accident is being blamed on the ongoing repairs to the Nice Road which has led to traffic jams, said a source.

A Volkswagen car, heading towards Tumkur from Bannerghatta, collided with a Qualis car, which in turn collided with a Cantor truck in front. All four victims were in the Volkswagen, and three of them have been identified as Mohammed Fadil, Shilpa and Abhilash.

Sources said some occupants of the Qualis sustained injuries and are being treated at a hospital.

Nirani rules out change of CM in Karnataka

Cong leader Ramesh Kumar says in assembly: “enjoy when rape is inevitable” This is...