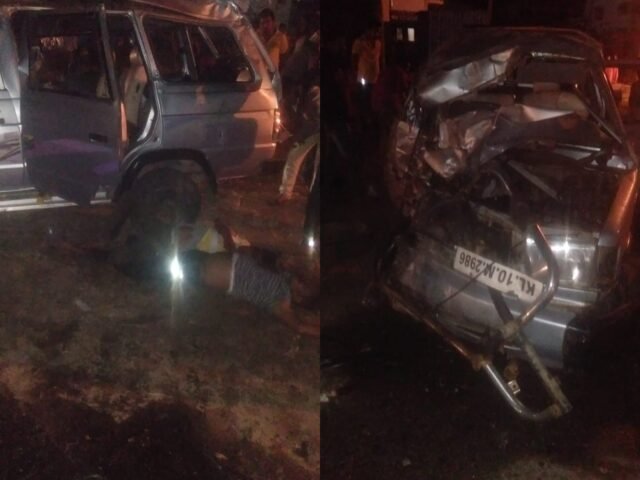 All the victims were in Qualis; ‘unscientific’ road hump blamed for mishap

Four persons were killed and 14 injured in a road accident on the Bengaluru-Mangaluru national highway near Hassan, around 200 km from Bengaluru, on Sunday morning.

According to the police, the mishap occurred when a Qualis car rear-ended a Tata Sumo near Kenchattahalli village, close to Shantigram, on the outskirts of Hassan at around 4 am.

The deceased have been identified as Pradeep Kumar, Chandrasekhar, Naveen Kumar and Sunil Kumar — all travelling in the Qualis.

‘Hump was not visible’

The accident reportedly took place when the Tata Sumo slowed down before a road hump. The mishap has been blamed on the ‘unscientific’ road hump and the fact that it was not clearly visible at that early hour.

District Superintendent of Police Srinivas Gowda visited the accident site and later visited the hospital. A case has been registered at the Hassan traffic police station.

Minister fills in for sweeper!