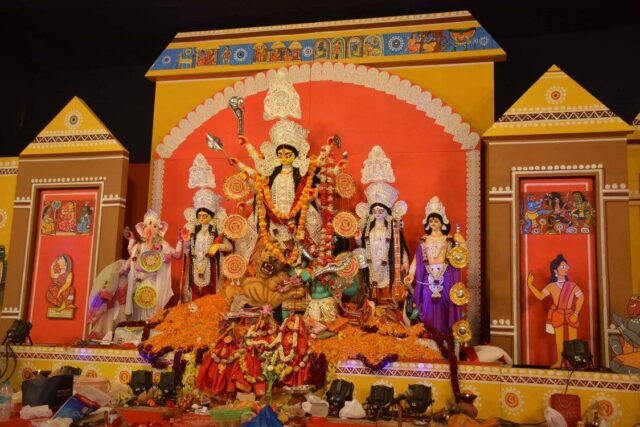 After facing a backlash from Bengaluru South MP Tejasvi Surya on BBMP’s restrictions on Durga puja festivities, particularly one restricting the idol’s height to 4 feet, Chief Commissioner Gaurav Gupta has withdrawn the order with immediate effect. The reversal followed a meeting between Gupta and various Durga puja committees in Bengaluru on Thursday.

“The restriction of 4 feet height of the Durga idol in public places has been lifted,” Gupta said in an official release. Among other relaxations to the BBMP circular of October 5, Gupta said Covid-appropriate guidelines will now allow 50 people in one place and there will be no further restrictions for ‘Pushpanjali’ and ‘Sandhi’ puja.

Bengaluru South MP's gussa: Why should Durga idol be restricted to 4 feet?

On the issue of installing Durga pandals, the new circular says, “As per the requirement, the Joint Commissioner of the respective BBMP zone and the police department will take a call on installation of more than one Durga pandal in any ward.” Traditional instruments like ‘dhol’ have also been allowed during the fest.

On Wednesday, an angry Surya had lashed out at the earlier BBMP circular and had asked the civic chief to reverse the puja restrictions.