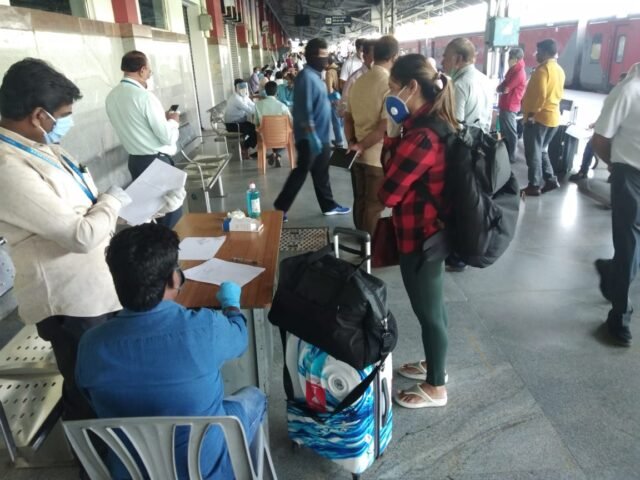 Following the day-long stand-off over institutional quarantine between a group of train passengers who arrived from New Delhi at the Bengaluru city railway station and the health authorities, the Karnataka government decided to send back the 36 passengers concerned via an additional bogie that was attached to a New Delhi-bound train on Thursday night.

The 36 passengers who refused to be quarantined will either deboard at New Delhi or at Secunderabad, as most of them are said to have boarded the train from the neighbouring state.

After a requisition made by IGP (Railways) D Roopa, Indian Railways decided to attach an additional boogie to take these passengers back from Bengaluru city.

SWR’s PRO Vijaye E said, “The Delhi -KSR Bengaluru train that arrived this morning had 543 passengers, as understood from BBMP. (The Railways does not count people at the exit and the health protocol is taken care of by the state government).”

“Around 140 passengers were reluctant to go for institutional quarantine, but after persuasion by senior officials most of them agreed. But 19 of them preferred to go back to New Delhi which was facilitated by the Railways at very short notice  by attaching an extra coach in today’s train to Delhi,” Vijaye E added.

20 passengers went to their states

As per sources, around 20 passengers hailing from Tamil Nadu, Kerala and Ananthpur in Andhra Pradesh were allowed to board private taxis to their respective destinations. “These passengers had already applied for an e-pass from their state governments. As they did not have a printed copy, after confirming with our counterparts in the neighbouring states, they were sent back in private taxis,” said an officer who was at the scene.

Who are quarantined where?

Carry your own blankets in trains

Minister says sand will be easily available at lower prices