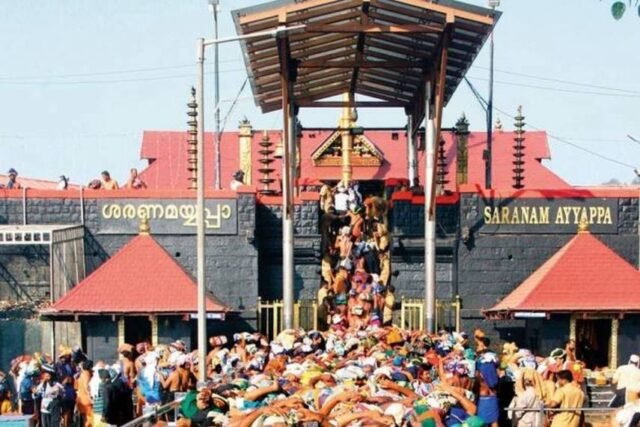 More devotees to be permitted from Monday

More pilgrims will be permitted to visit Lord Ayyappa temple at Sabarimala from Monday following the decision taken at the chief secretary led meeting, Travancore Devaswom Board president N Vasu said on Sunday.

At present 1000 devotees were allowed for darshan which will be doubled to 2000. On Saturday and Sunday, the number would be increased to 3000 from 2000.

The directives of Health department must be strictly abided to when more devotees are permitted for darshan. At present pilgrims are allowed after bookings through the virtual queue operated by police.

Most of the people who book online do not visit the temple. Devaswom Board which has no role to play in the booking system, was not aware about the online booking, he said.

As many as 13,529 devotees have visited the temple during the past 12 days since the commencement of the Mandala season.

A total of 37 Covid cases were reported from Nilakkal, the base camp of the temple, till date and nine persons were confirmed with the infection at Sannidhanam. (Agency)