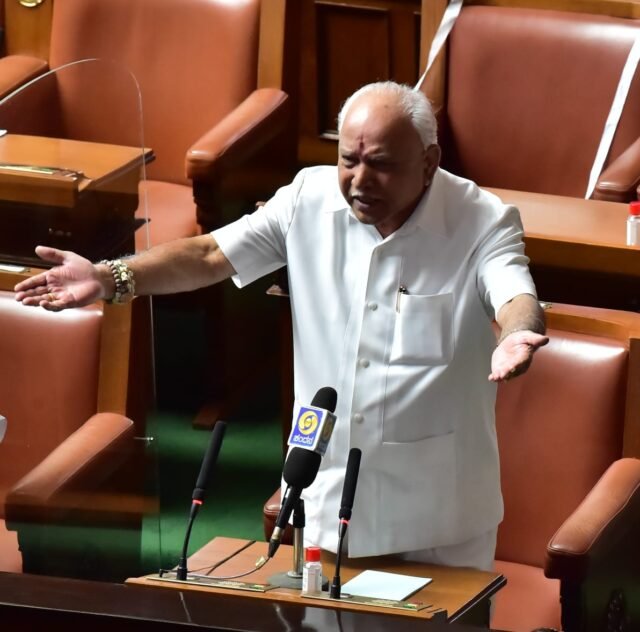 Karnataka Chief Minister B S Yediyurappa on Thursday slammed the Congress for raising slogans against the BJP and Rashtriya Swayamsevak Sangh in the State Assembly and said the opposition party had no right to speak against the RSS.

Bedlam prevailed as the congress members trooped into the well of the House, terming the debate on ”One Nation, One Election” an RSS conspiracy to end democracy in the country. As the Congress MLAs raised slogans flaying BJP and the RSS, the Chief Minister said Congress has no right to speak against the RSS.

“Yes we are RSS.Even the Prime Minister is from RSS. Do you have the moral right to speak about RSS?” Yediyurappa asked.

Speaker Vishweshwar Hegde Kageri too sought to know why the opposition was dragging the name of the RSS. PTI