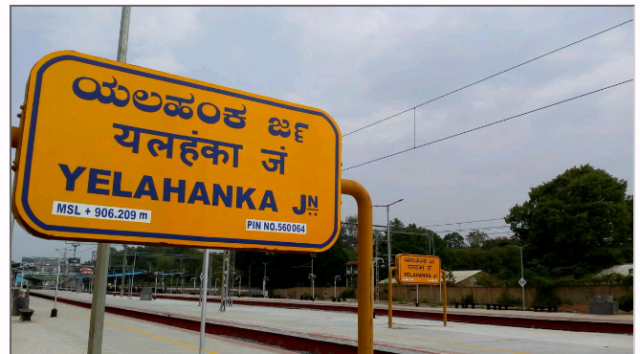 Despite concerns over the huge cost involved in replacing diesel with electric locos, South Western Railways (SWR) will take up several electrification projects from Bangalore Division and has submitted the plans to the Railway Electrification Board for approval. The new tender calls for railway electrification work for the Yelahanka-Bangarpet via Kolar-Chikkaballapur route, which could mean quicker journeys and more trains.

Railway electrification beyond Yelahanka has been a long-time demand of rail activists. Yelahanka acts as a junction for trains from Byappanahalli, Whitefield, Bengaluru City, Yeshvantpur, Dharmavaram and Chennai. Experts say if the work can go beyond Yelahanka to the Bengaluru international airport, it would enormously benefit flyers.

Yogendra, a railway activist, says, “The electrification is a big plus because it will help in the addition of more MEMU trains and along with other infrastructure like automatic signalling, the Railways will be able to ply more trains on the same track. This new tender from Yelahanka to Bangarpet (147 km) via Kolar will also be very helpful for the railways in terms of operational cost because presently only four pairs of Diesel Electric Multiple Units (DEMU) run between Yelahanka.”

At present, many trains halt at Yelahanka as electrification ends at this point. The new tender will extend services up to the airport.

Rakshith N, a regular train commuter, says “These new MEMUs are faster than the DEMUS. Due to the lack of electrification from Yelahanka and further, the frequency was very poor. The new tender will help commuters with more MEMU trains and also reduce SWR’s fuel costs.”

CM to aid of Kannadiga students in UK