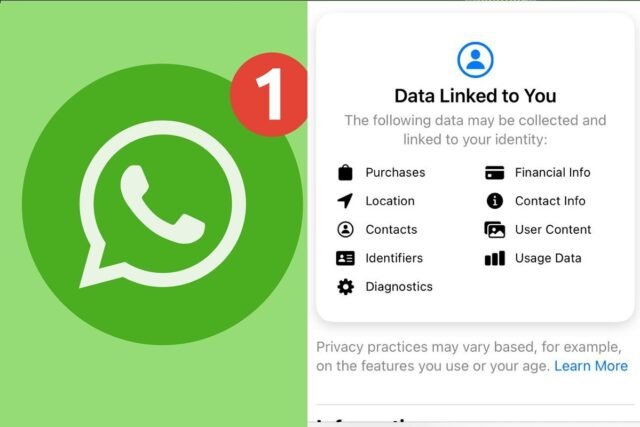 Facebook-owned WhatsApp on Saturday said its latest update – which has received criticism from a multitude of users globally – describes business communication and does not change its data-sharing practices with the social media giant.

Earlier this week, WhatsApp had started rolling out in-app notifications to users about an update in its Terms of Service and privacy policy regarding how it processes user data and partners with Facebook to offer integrations across the social media giant’s products.

It also stated that users will have to agree to the new terms and policy by February 8, 2021, in order to continue using WhatsApp”s service.

This kickstarted a spate of conversations and memes on the internet over WhatsApp’s alleged sharing of user information with Facebook.

Rival platforms like Signal and Telegram are reportedly seeing a surge in downloads in the wake of the development.

In a series of tweets, WhatsApp Head Will Cathcart sought to share his views on the matter.

He said the company updated its policy “to be transparent and to better describe optional people-to-business features”.

“It’s important for us to be clear, this update describes business communication and does not change WhatsApp”s data-sharing practices with Facebook. It does not impact how people communicate privately with friends or family wherever they are in the world,” he said.

Cathcart emphasised that with end-to-end encryption (E2E), it cannot see private chats or calls and neither can Facebook and that the company remains committed to E2E.

“We’re in a competition on privacy with others and that’s very good for the world. People should have choices in how they communicate and feel confident that no one else can see their chats. There are people who disagree with this, including some governments,” he said.

The tweets, however, received varied responses from users with many continuing to point out concerns around the sharing of user data between WhatsApp and Facebook.

Meanwhile, Telegram founder and CEO Pavel Durov – in a blog – alleged that Facebook’s WhatsApp has switched to covert marketing and it has detected bots that spread inaccurate information about Telegram on social media.

Durov also sought to clarify “myths” that are allegedly being pushed by WhatsApp about Telegram that has over 500 million users globally.

He said “myths” that Telegram’s code is not open-source, that the company is Russian and that the platform is not encrypted – are all incorrect.

Signal app too joined the conversation with its series of tweets. One of the tweets said: “Look at what you”ve done” and carried a picture of the app showing as the number one free app on the app stores across markets like India, Germany, France, Austria, Finland, Hong Kong and Switzerland.

In another tweet, it said: “There are no Terms of Service for a mother’s love”, taking a dig at the ongoing controversy. PTI

Govt to create equity fund for start-ups with 20 pc limited partnership: MoS IT

Sex scandal: efforts on to shut the case, law will take its own course:...