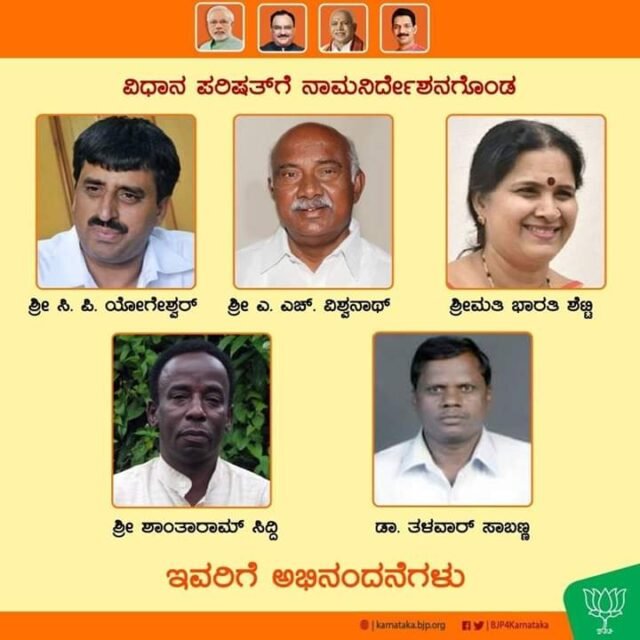 Former MLAs H Vishwanath and CP Yogeshwar are among 5 government nominees who have made it to the Vidhan Sabha.

Apart from the two, the government had recommended the names of Bharti Shetty, Shantarama Siddhi and Talwar Sabanna to Governor Vajubhai Vala.

Vishwanath quit the Congress and won the Hunsur seat on a JDS ticket during the 2018 assembly polls. After being disqualified for defecting to the BJP, he contested the subsequent by-poll on a BJP ticket and lost.

Vishwanath said, “I would like to thank Chief Minister BS Yediyurappa and other party leaders for the opportunity. It is up to the Chief Minister to appoint me as a minister.”

No exams for classes 1 to 6