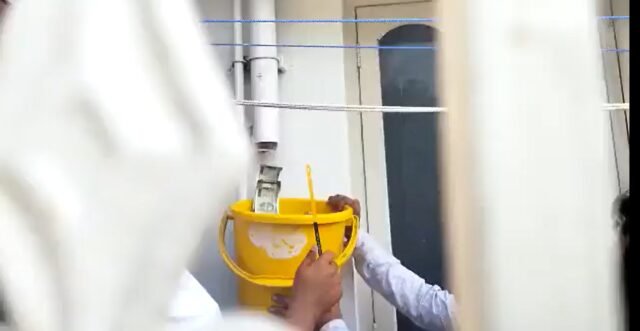 In a sensational case, officials of the Karnataka Anti-Corruption Bureau recovered approximately Rs 13 lakh in cash from the residence of a junior engineer in Kalaburagi on Wednesday. A video of the sleuths recovering currency notes hidden in a rain water pipe has gone viral.

Following the raid on PWD junior engineer SM Biradar, the sleuths have impounded two houses, one site in Bengaluru, three cars, one two-wheeler, one school bus, two tractors, cash worth Rs 54.50 lakh, 36 acres of agriculture land, 100 grams of jewellery and Rs 15 lakh worth household items. Late Night he was was officially arrested.