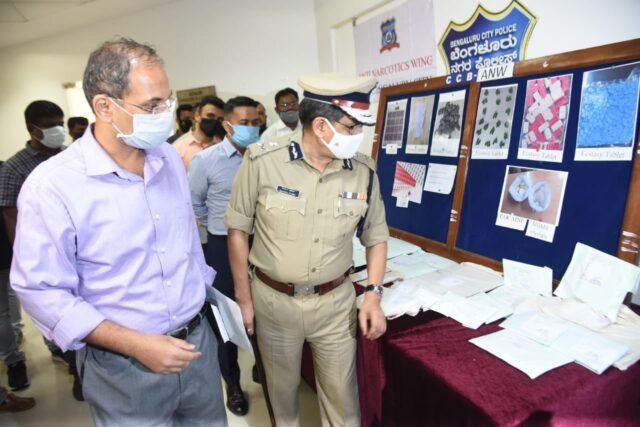 In coordinated raids,police have arrested 10 people, including a Nigerian national, here for allegedly peddling narcotic substances and seized from them high quality synthetic drugs worth Rs 90 lakh.
The police said on Monday they were buying drugs through the internet based platform ”Dark Net” and used to make payments through bitcoins.

According to police, coordinated raids were carried out at various places and the drug peddlers were arrested.

Eight of the accused are in their 20s while Arya and Varun are in their thirties.Innocent is a Nigerian, police said.

Cases under the Narcotics Drugs and Psychotropic Substances Act were registered at eight police stations in the city.

The peddlers used to order the consignment through postal department and on arrival, they used to supply it in schools, colleges, pubs, bars and rave parties, police said. PTI