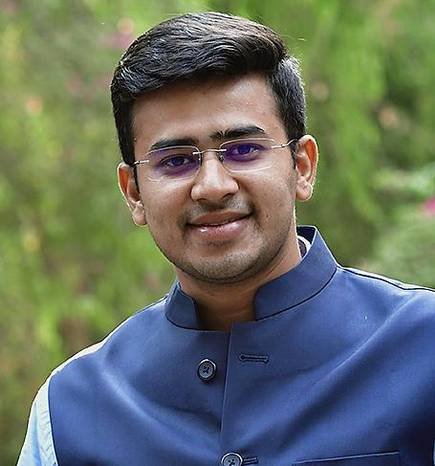 In a major overhaul within the ranks of the Bharatiya Janata Party, the party’s national president J P Nadda announced 23 new office-bearers on Saturday.

Partymen from Karnataka were rewarded with 3 important positions at the national level. Bengaluru South MP Tejasvi Surya became the youngest party member to be elevated as national president of the BJP’s youth wing.

Chikkamagalur MLA and Karnataka Minister for Kannada and Culture C T Ravi was appointed as one of the party’s general secretaries.

MP Rajeev Chandrasekhar  was appointed national spokesperson of the BJP.

All three appointees are active in BJP affairs at the national level, while Surya and Chandrashekhar are fluent in Hindi, the ‘inner’ lingua franca of the saffron party.

BJP government should be ousted instead of changing CM, says Karnataka Congress

Section 144 imposed in Belagavi in wake of protests after Chhatrapati Shivaji, Sangolli Rayanna’s...