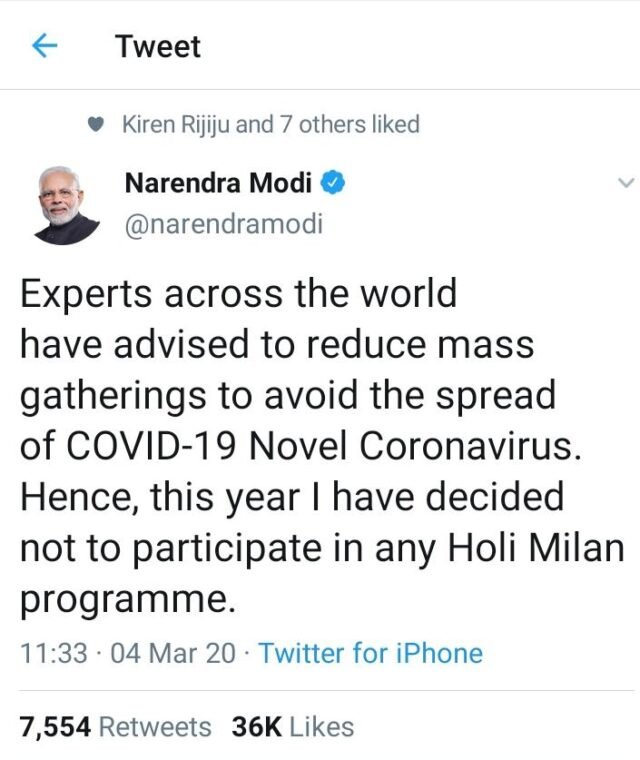 In a message to his countrymen through the social media, Prime Minister Narendra Modi has stated that he will not be participating in Holi celebrations this year.

The PM’s tweets says, “Experts across the world have advised to reduce mass gatherings to avoid the spread of Covid-19 Novel Coronavirus. Hence, this year I have decided not to participate in any Holi Milan programme.”

Countries across the globe are panic-stricken over the spread of the virus. Two confirmed cases in India — one in Delhi and another in Hyderabad — have struck fear among Indians at large, and the aam aadmi is now increasingly taking precautionary measures.

Holi is one of India’s major festivals and is celebrated on different dates every year. The festival is observed at the end of the winter in the month of March after the full moon. A day before Holi, a large bonfire is lit which signifies burning the evil spirits, and the ritual is called Holika Dahan.

Sudhakar gets additional charge of Health

‘Home stay’ for cops above 55 with poor health