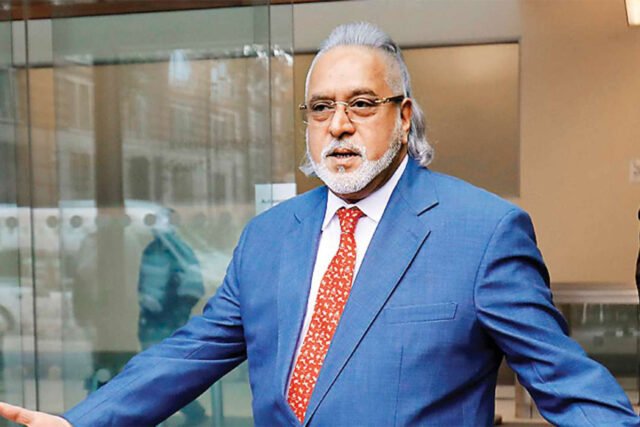 The Supreme Court on Monday sentenced Vijay Mallya to four months in jail for contempt of court, and directed the Centre to secure the presence of the fugitive businessman who is in the UK since 2016 to undergo the imprisonment.

The top court said Mallya, 66, never showed any remorse nor tendered any apology for his conduct and adequate punishment must be imposed to maintain the majesty of the law.

A bench headed by Justice U U Lalit also imposed a fine of Rs 2,000 on Mallya, who was held guilty of committing contempt of court by the top court on May 9, 2017, for transferring USD 40 million to his children in violation of court orders.

As per the Contempt of Courts Act, 1971, contempt of court may be punished with simple imprisonment of up to six months, or with a fine up to Rs 2,000, or both.

The bench, also comprising Justices S R Bhat and P S Narasimha, directed that Mallya and the beneficiaries under the said transactions relating to USD 40 million shall be bound to deposit the amount received along with interest at the rate of eight per cent per annum with the concerned recovery officer within four weeks.

It said in case the amount is not deposited, the concerned recovery officer shall be entitled to take appropriate proceedings for recovery of money and the Government of India and all concerned agencies shall extend assistance and complete cooperation.

”It shall be open to take such appropriate steps including the appointment of forensic auditor(s),” the court said in its 19-page order.

The bench said the fine shall be deposited in the apex court registry within four weeks and upon such deposit the amount shall be handed over to the Supreme Court Legal Services Committee.

It said in case the fine amount of Rs 2,000 is not deposited within the stipulated time, Mallya shall undergo a further sentence of two months.

The apex court said in spite of repeated opportunities afforded to Mallya, no submissions were advanced on his behalf either on the purging of contempt or on the quantum of punishment.

The transactions referred to in the judgement and order dated May 9, 2017 in terms of which the amount of USD 40 million was disbursed to the beneficiaries are held to be ”void and inoperative”, the court said.

The bench noted that in its May 9, 2017 verdict, the apex court had found that the action on part of Mallya in disbursing the amount of USD 40 Million was against the ”text and tenor” of orders passed by the Karnataka High Court and that the contemnor was guilty of contempt.

”In the circumstances, in order to maintain the majesty of law, we must impose adequate punishment upon the contemnor (Mallya) and must also pass necessary directions so that the advantages secured by the contemnor or anyone claiming under him are set at naught and the amounts in question are available in the execution of the decrees passed in the concerned recovery proceedings.” ”Considering the facts and circumstances on record and the facts that the contemnor never showed any remorse nor tendered any apology for his conduct, we impose a sentence of four months and fine in the sum of Rs 2,000 upon the contemnor,” it said, adding, ”We direct the Ministry of Home Affairs, Government of India, New Delhi to secure the presence of the contemnor to undergo the imprisonment imposed upon him.” The bench said the Government of India, including the Ministry of External Affairs and all other agencies or instrumentalities, shall carry out the directions issued by the court with due diligence and utmost expediency.

”A compliance report shall thereafter be filed in the registry of this court.” The bench noted that the actions on part of Mallya having been found to be contumacious and established in the May 2017 judgement it is presently concerned with the issues as to what orders be passed regarding punishment and purging of contempt.

The apex court said it is well settled that apart from punishing the contemnor for his contumacious conduct, the majesty of law may demand that appropriate directions be issued by the court so that any advantage secured as a result of such contumacious conduct is completely nullified.

”The approach may require the court to pass directions either for reversal of the transactions in question by declaring said transactions to be void or passing appropriate directions to the concerned authorities to see that the contumacious conduct on the part of the contemnor does not continue to enure to the advantage of the contemnor or any one claiming under him,” the bench said.

”In a given case, to meet the ends of justice, the concept of purging of the contempt would call for complete disgorging of all the benefits secured as a result of actions which are found by the court to be contumacious,” the bench said while disposing off the contempt petitions moved by a consortium of banks.

Mallya is an accused in a bank loan default matter of over Rs 9,000 crore involving his defunct Kingfisher Airlines.

The apex court had in 2020 dismissed Mallya’s plea seeking a review of the May 2017 verdict.

Mallya has been living in the United Kingdom since March 2016. He is on bail on an extradition warrant executed by Scotland Yard on April 18, 2017.

A consortium of lending banks led by the State Bank of India had moved the apex court alleging that Mallya was not following the court orders on repayment of the loan which was then over Rs 9,000 crore. PTI

Chickpet traders shut shop for a week amid rising infections