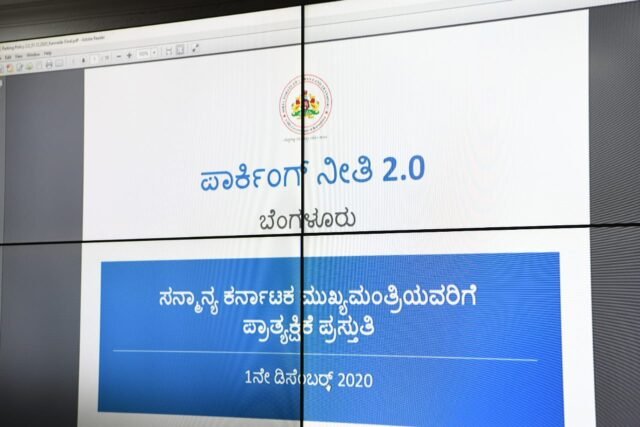 He directed Chief Secretary TM Vijayabhaskar to discuss with senior officials of the Government, review and revise the Parking Policy 2.0 draft, which is submitted for Government approval and present it before Cabinet meeting.

During the meeting, officers apprised the chief minister about the need for Parking Policy 2.0. The number of vehicles has almost doubled in the city during the last seven years. Uncontrolled parking on roads is contributing to traffic congestion in the city. Therefore Parking Policy 2.0 is being formulated to bring in controlled, tech-based parking system along with encouraging usage of Public Transport system.

Responses about the Policy have been received from individuals, NGOs and RWAs and based on this feedback, parking policy is revised and submitted for Government approval.

After hearing about the key factors of the policy, Chief Minister directed Chief Secretary to hold elaborate discussion with senior officers prior to presenting it before the cabinet.