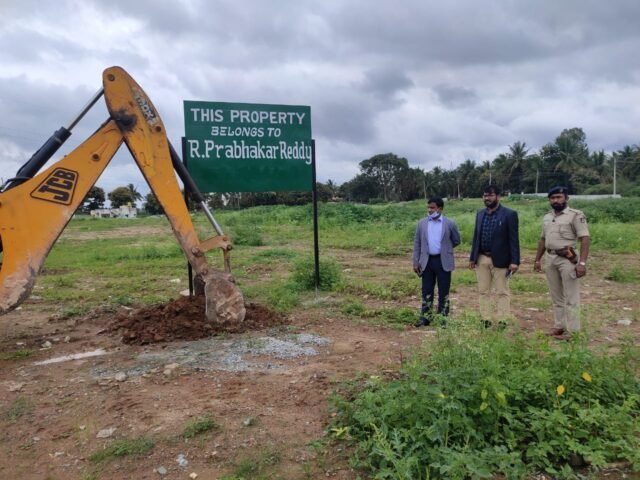 Politician behind land-grab has criminal record

Government land measuring 5 acres and 16 guntas that had been encroached upon by a politician was recovered in an operation on Monday.

The politician, Prabhakar Reddy, had allegedly usurped the government land in the vicinity of Hommadevanahalli Basavanna Circle on Bannerghatta Road.

The district administration had previously tried to retrieve the ‘gomala’ (pasture) land but failed due to resistance from the encroachers, who had erected a shed and fenced off the land.

On Monday, Revenue Department officials led by Deputy Commissioner GN Shivamurthy and Bengaluru South Sub-Division Superintendent Sivanna cleared the encroachment amid tight police security. The land is estimated to be worth Rs 100 crore.

Neta with a shady past

Prabhakar Reddy had once contested assembly and Parliament elections for a prominent political party. He was arrested in March 2019 for default in paying taxes. Reddy has more than 22 cases against him for land grabbing, forgery, fraud and criminal conspiracy.

Will more party-hoppers make it to state cabinet?