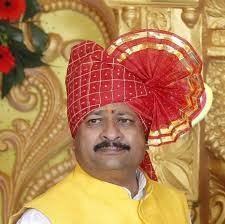 The Bijapur city MLA ,who has been openly critical of Chief Minister B S Yediyurappa for some time now, even indicated that the new CM will be from the northern part of the state.

“I will not go with open hands seeking a Minister”s post here onwards. I have said one of our own will come in place (of CM) who can give the Minister”s post. I have said that someone from north Karnataka will come.. it will happen…wait and watch,” Yatnal told reporters in Vijayapura.

“….this will be very soon, as you (media person) said Ugadi… for new year, new (CM).” The former Union minister has for some time now repeatedly been speaking out against Yediyurappa and his style of functioning.

He had in October said that Yediyurappa would not remain Chief Minister for long and the high command had decided that his successor would be from the north Karnataka region. He had also recently indicated the possibility of historical changes in the state after Sankranti.

During the meeting of party legislators earlier this month, Yatnal reportedly had a face-off with Yediyurappa, as he objected to the “step-motherly” treatment meted out to some assembly constituencies and alleged interference of the CM’s son B Y Vijayendra in the administration.

Despite warnings by the BJP leadership against making statements in public on issues relating to the party and leaders, Yatnal had, after the cabinet expansion earlier this month, accused the Chief Minister of making appointments under blackmail without considering seniority or honesty. Also, there has been intense speculation in some quarters that the BJP high command is mulling a leadership change in Karnataka in the days to come considering Yediyurappa’s age (77 years). Though the state BJP has rejected outright such speculations, it refuses to die down, with some in the party like Yatnal giving credence to it with their statements. PTI