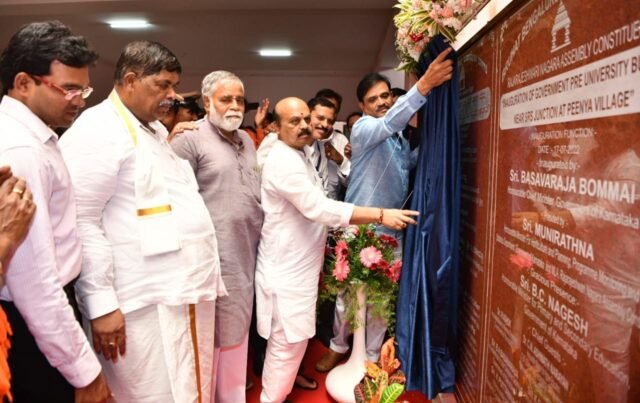 It is a novel programme to provide health services for the people in their own wards. The state government is giving greater priority to health and education in Bengaluru. Approval has been given for the rejuvenation of 75 lakes and the construction of 20 schools under the Amrit programme. Funds have been provided for the comprehensive development of Bengaluru. The work on the 11 km arterial road connecting Tumakuru road and Mysuru road would ease traffic congestion at many junctions by 40 per cent, Bommai said. On quality work, he said, “Bengaluru is growing at a rapid pace. It is home to 1.30 crore people and has an equal number of vehicles. The city has seen a huge growth in IT, BT and industries. It is a herculean task to provide civic amenities for this burgeoning population.”

“My government has provided Rs 6,000 crore under the Nagarothana Project for civic infrastructure, 400 kms of stormwater drains are being developed with an allocation of Rs 1,600 crore, Metro Phase-3 to connect the outskirts of the city would be launched next year, work on the Rs 15,000 crore Suburban Rail Project has been launched,” Bommai said. “Many far-sighted projects have been taken up to improve the city’s infrastructure”, Bommai said and instructed the officials to maintain high quality in civic works. (ANI)

Petitioner in hijab case alleges her brother was attacked by mob; three detained