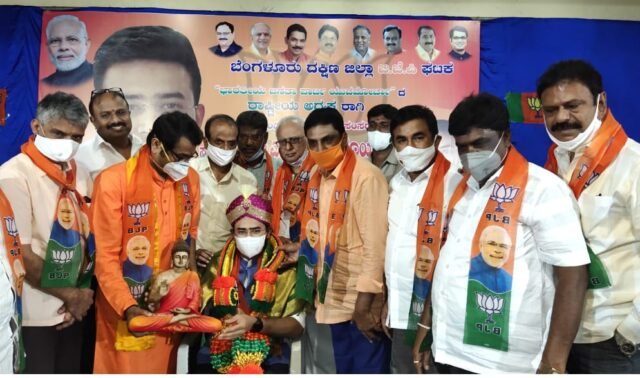 The Bengaluru South BJP unit on Saturday felicitated MP Tejasvi Surya on his recent appointment as president of the BJP Yuva Morcha.

Bengaluru South BJP unit president N R Ramesh presided over the event. All office-bearers of the local unit were present at the felicitation event.