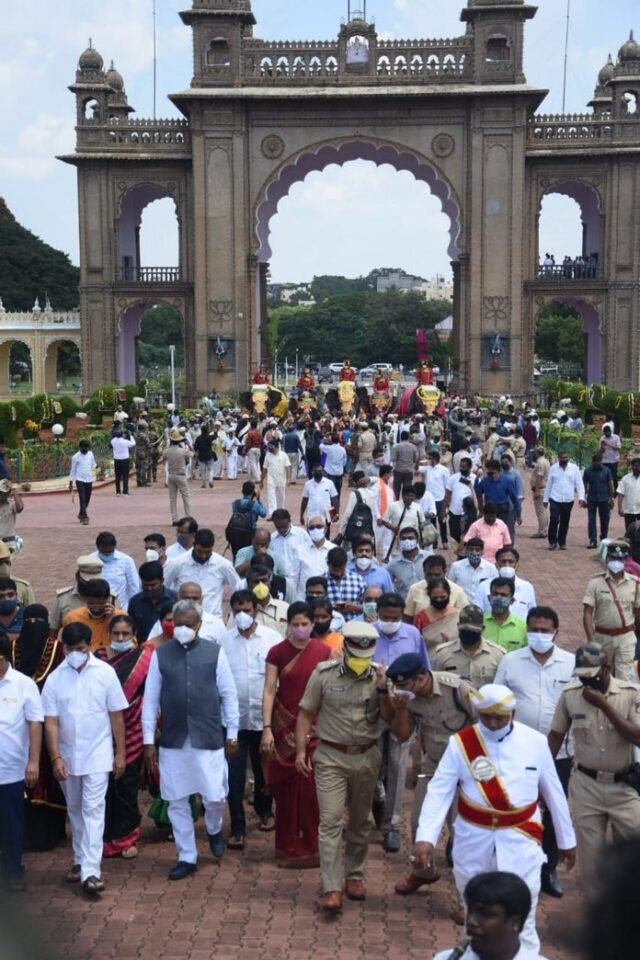 Signalling the official countdown to the famed Mysuru Dasara, a procession of elephants led by ‘Captain’ Abhimanyu, the golden howdah-carying jumbo, entered the palace courtyard on Friday.

The grand welcome to the elephants (‘gajapade’) was held in ‘dhanur lagna’ from 12.18 pm to 12.40 pm. District In-charge Minister ST Somashekhar welcomed the elephants at the palace’s Jayamarthanda gate. The jumbo procession was flagged off at Veeranahosahalli on the outskirts of Nagarahole National Park.

Speaking on the occasion, the minister said penalties would be imposed on people not wearing masks or observing social diatancing. He said it was a great pleasure be associated with the Dasara fest for the first time as minister in-charge.

He said the government had been requested to allow 1,000 people for the cultural programme and 2,000 for the inauguration at the Chamundeshwari temple. The list of Dasara events would be released in the next two days, he said.