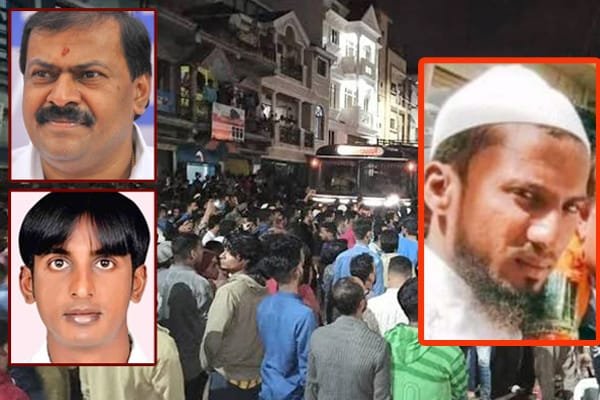 The main culprit behind the burning down and looting of MLA Akhanda Srinivas Murthy’s during the D J Halli riots last month has finally been caught by the CCB.The accused, Mujahid, had been on the run since the incident.

Mujahid alias ‘Water Mujju’, who works as a water supplier, had led more than 100 persons to the MLA’s Srinivas house on the day of the riots.

After the arson and loot, he decamped and was moving from district to district to evade arrest. Finally, he was caught by the police in Bengaluru.

The MLA himself had suspected the hand of Mujahid in the incident. The police had been searching for the accused for the past 25 days. His mobile was switched off since the incident and he was hiding in relatives’ homes in Kolar, Mulbagal and Ramanagar districts for several days.

Thinking the police would be busy with the drug mafia case and the riot case would be forgotten, he returned to Bengaluru. The police had been tracking him and nabbed him from a relative’s home in Chamarajapet.

With surge of 42 Covid cases, Karnataka now has 904