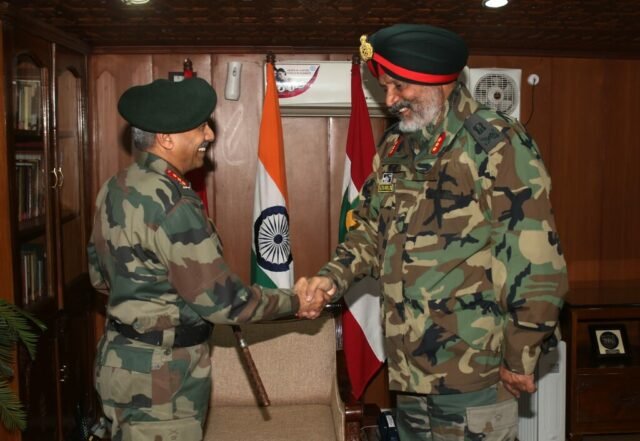 Lieutenant General BS Raju assumed command of the strategically located and operationally committed Chinar Corps as the 49th Corps Commander on March 1. On taking over command, he paid homage to the martyrs who had made the supreme sacrifice in the line of duty. Later in the day, the General addressed and interacted with the troops of Chinar Corps and urged them to continue to work with unflinching dedication and perseverance.

Lieutenant General Raju, an alumnus of Sainik School, Bijapur and National Defence Academy, Pune was commissioned in December 1984 and has had an illustrious military career spanning 36 years, during which he has held varied prestigious command, staff and instructional appointments. The General has an incisive understanding of Jammu & Kashmir, having served here for five tenures since 1984, notably as Force Commander of Rashtriya Rifles and Brigade Commander of an Infantry Brigade on the Line of Control.

On assuming charge, Lieutenant General Raju conveyed his greetings and best wishes to the people of Kashmir. He expressed great happiness in being posted to Kashmir once again and said this tenure would be a wonderful opportunity to interact closely with the ‘awam’ at many levels. General Raju said he is sanguine that this is a momentous time in the history of the Valley and is optimistic that together with the ‘awam’, “we will usher in an era of peace and stability.”

Eid-ul-Fitr to be celebrated on May 25

BBMP chief’s ‘Sorry’ is all that kin get after Covid patient died waiting for...