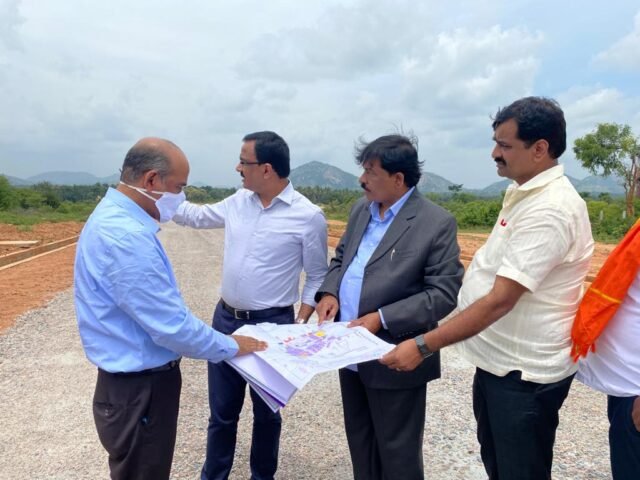 Large and Medium Industries Minister Murugesh Nirani on Wednesday directed officials to focus on providing world-class infrastructure in all industrial areas across the state.

The Minister’s remarks came after his inspection of industrial areas in Ramanagara’s Harohalli and Bidadi and Jigani in Anekal. Upset over the sub-standard facilities, Nirani warned the officials of disciplinary action and instructed them to provide world-class roads, uninterrupted power and water supply, and sewage connections.

“Our aim is to make Karnataka the no.1 destination for investors in India. We need to create an industry-friendly atmosphere. Industrialists will not come forward to make investments unless we provide them world-class facilities,” he said.

Stressing the need to revive sick industries, Nirani said, “Our focus should be on reviving sick industries. I will not allow the closure of a single industry during my tenure as Industries Minister.“

Vijayadashami rituals held in low key due to Covid scare