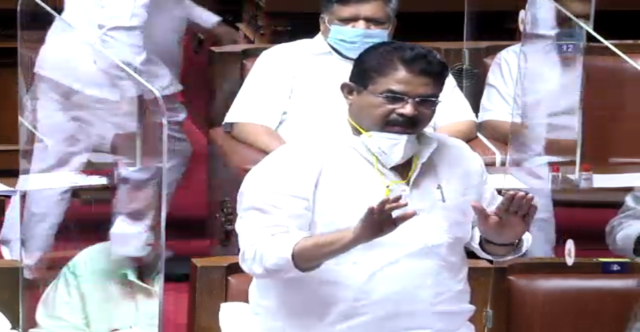 The Karnataka government is planning to introduce the Model Tenancy Act in the state, aimed at ending tenant-owner disputes and aid the rental housing sector, Revenue Minister R Ashoka said on Thursday.

‘We are simplifying the current tenancy act. Earlier, the government had a role in fixing the rent. However, we now propose that the rent should be fixed by both the parties (owners and tenants), and after reaching an agreement, they need to finalize it legally and then upload it in the portal,’ Ashoka said.

He said that the officials will resolve it in less than 60 days in case of any dispute.

‘We are planning that the disputes should be settled within 60 days and even if anyone plans to postpone the hearing, there won’t be anything more than three chances,’ he was quoted as saying by his office in a release.

Noting that currently, around two to three lakh houses are vacant in Bengaluru alone, the Minister said, ‘we hope that once this act is implemented in the State, the owners will get their tenants while the rents may also come down.’ ‘This is just a proposal, and we expect feedback from the public before we officially introduce this in Karnataka,’ he said.

In the first week of June, the Union Cabinet had approved the Model Tenancy Act and sent it for circulation to all the States for adaptation by way of enacting fresh legislation or amending the existing rental laws suitably.

‘I have been thinking on these lines for the last six months as the regional commissioners’ offices have turned out to be white elephants. For example, we have been spending crores of rupees on these offices. Each of these offices has more than 125 staff working,’ he said.

However, on the utilization part, all the four regional commissioners’ offices have received only 250 appeals so far, he said and added that this was nothing but wastage of resources.

‘We will take a call on this in the next fortnight..if we abolish the regional commissioners’ posts, then we can save a lot of money and the existing manpower can be redeployed to various deputy commissioners’ offices across the state which is facing a severe shortage of manpower.’ Ashoka said that he has signed an order for providing financial aid of Rs 1 lakh for BPL family members if one of their family members had died of Covid, which was announced by the Chief Minister last month.

Cabinet expansion and not COVID-19 is BJP govt’s priority: Siddaramaiah