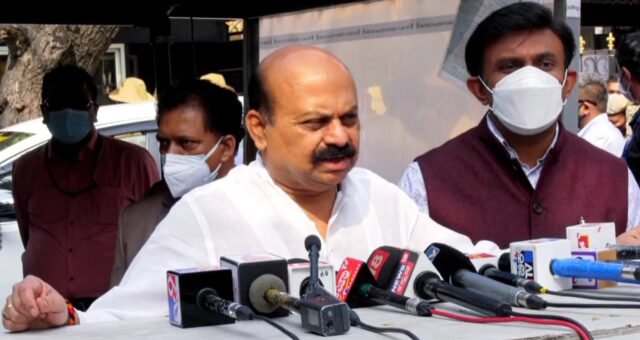 He instead stressed the need to take extra precautions.

”No…what I had said is that depending on the COVID spread we will take a decision. Now you are seeing, yesterday there were 12,000 cases in the state, nearly 9,000 were only in Bengaluru. Positivity rate in the state is at 6.8 per cent, in Bengaluru it is 10 per cent, in the whole country we are in third place,” Bommai said in response to a question on plans to relax COVID restrictions in some districts by Sankranti.

Speaking to reporters here, he said, ”in such a situation there is need to take extra precautions.” After the cabinet meeting last week, Law and Parliamentary Affairs Minister J C Madhuswamy had said that with plans to relax COVID restrictions at places with less positivity rate, the government is likely to review the containment measures announced by it by January 14 or 15.

At the cabinet meeting chaired by Bommai, some Ministers had expressed reservations about enforcing restrictions across the state, especially in places where the positivity rate is low.

The Karnataka government on January 4 had imposed curfew on weekends and restricted public gatherings to fight the third wave of COVID-19, till January 19. It has also decided to continue the night curfew for two more weeks, and has prohibited all rallies, dharnas, protests, among others.