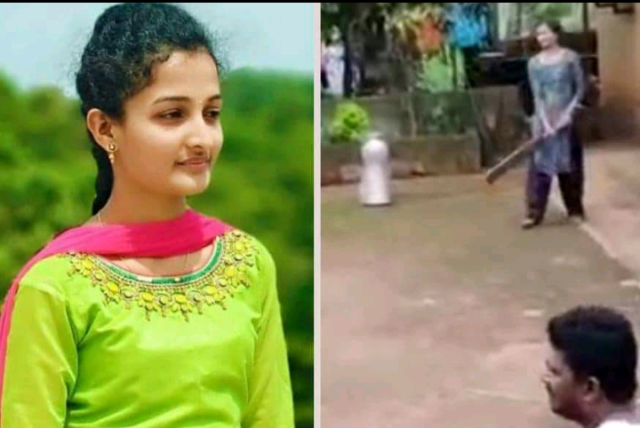 This village girl’s cover drive packs as much of a punch as any essayed by well-known cricketers, male or female! Now, a video of the young woman stepping to the legside and driving the ball through the covers has gone global after ESPN’s well-known cricinfo website posted it on its Twitter page.

The young woman, Jyoti Poojari, hails from Kervashe village of Karkala taluk in Udupi district. While Jyoti dint knew she would gain fame through a cover drive shot. Jyoti, who lives in Mumbai, is currently in her village on account of the coronavirus lockdown. Two days ago, she was playing cricket in the courtyard of her home when the stroke was recorded by Ranjit Poojary and uploaded to her Facebook account.

Cricinfo chanced on the terrific shot and posted it on its Twitter page. The young woman showed she could execute a cover drive just as well as a pro, and the shot was played perfectly.

Stepping out to the leg side and smashing it through the covers. Now, where have we seen that before?

Jyoti said she loves playing cricket, and was both surprised and thrilled that the video had become such a big draw. Her favorite cricketer is former India skipper MS Dhoni.

Many cricket lovers have compared the young lady’s style to that of various famous cricketers. More than one lakh people have watched the video and a large number have ‘liked’ it and posted their comments.

Deer dies after bike rams into it at Nagarahole National Park