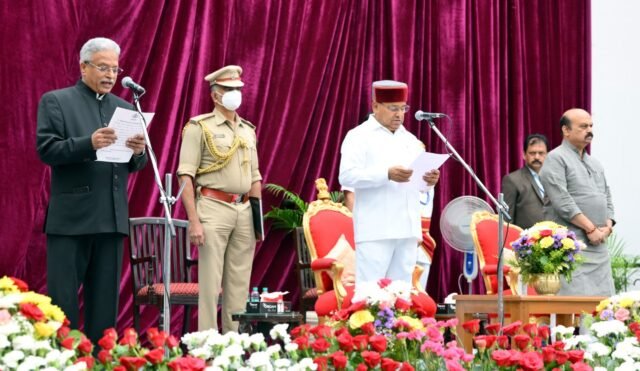 He took oath in Kannada, which was administered by Governor Thaawarchand Gehlot in a ceremony held at Raj Bhavan’s glass house.

Until his new appointment, which was announced on Tuesday, Justice Patil was serving as the Upalokayukta.

Chief Minister Basavaraj Bommai had recommended Justice Patil’s appointment as the Lokayukta, after consulting the Chief Justice of the Karnataka High Court, the Chairman Karnataka Legislative Council, the Speaker, Karnataka Legislative Assembly and the Leaders of Opposition in both the Houses of the State Legislature.

The post of the head of anti-corruption ombudsman in the state has been vacant after Justice P Vishwanath Shetty had stepped down as Karnataka Lokayukta in January, after five years of service.

CM Bommai, Leader of Opposition in the Legislative Assembly Siddaramaiah, Minister V Somanna, former Lokayuktas Santosh Hegde, Vishwanath Shetty, and several Judges and legislators were among those present at the event. PTI

Letter ‘bomber’ had his eye on kin’s property!