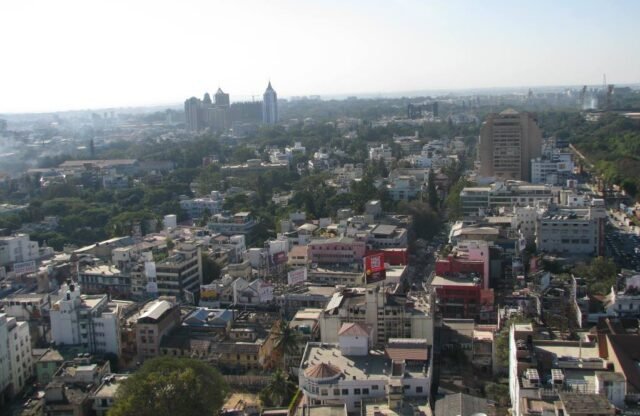 Following opposition last year, BBMP Administrator Gaurav Gupta shelved property tax hike. But he has still gone ahead and directed his staff to work out a system based on the guidance value —  which could mean a much steeper tax hike

The proposed property tax hike that was shelved last year following protests by politicians and citizens alike has returned in an avatar which will prove even more costly for the 30 lakh house owners in Bengaluru – all thanks to a sleight of hand by the government-appointed BBMP Administrator Gaurav Gupta.  To be precise, whereas the earlier method of calculating property tax was by unit area value, the Administrator has tasked BBMP revenue officials with adopting the guidance value method, which is certain to hike property taxes manifold.

A major source of revenue for BBMP, property tax was last hiked during fiscal 2016-17. Though the Karnataka Municipal Corporations Act, 1976, mandates increasing property tax  every three years by a minimum of 15% and a maximum of 30%, corporators cutting across party lines would consider the hardships faced by taxpayers and would, more often than not, defer property tax hikes. This was in sharp contrast to parastatal agencies like Bescom and BWSSB which regularly increase their tariffs and are answerable only to the state government.

After the Council’s term ended on September 10, 2020 – and in the absence of elected civic representatives – the bureaucrats running the show recommended increasing the tax by 20-25%.  The proposal was placed before Administrator Gaurav Gupta, but he was forced to backtrack after a backlash from political parties, especially from the BJP. Notably, the BJP’s South Bengaluru president NR Ramesh had demanded that the tax hike be dropped as citizens were facing hardships due to the Covid-19 pandemic.

On the face of it, Gupta announced to the media that his administration had dropped the proposed hike in property tax, but on the other hand he directed his team to work out a new system of calculation using the guidance value. In effect, the Administrator,  who now combines in himself the collective powers of 198 corporators, 20 government-nominated corporators as well as MLAs, MLCs and MPs elected from Bengaluru city, has now decided to unilaterally adopt a new property tax system for Bengaluru which is certain to create a big hole in the taxpayer’s pocket.

On September 26, 2020, Gupta passed an order through a resolution: “Discussed with the Special Commissioner (Revenue) and Joint Commissioner (Revenue).  The Guidance Value Based Zonal Regulation (Unit Rate) proposed to be submitted in the form of a supplementary note containing comprehensive details comprising the zoning and current zoning classification and potential additional property tax revenues.”

Gupta then directed revenue officials to submit a proposal within seven days, but till the publication of this story in TheBengaluruLive, his staff have not placed any proposal before him.

No response from Gupta

TheBengaluruLive sought a reaction from Gupta to the new proposal, asking him:

• Does it not pinch taxpayers too much during the pandemic?

Gupta did not respond to our messages.

What is Unit Area Value?

The Unit Area Value system is a variant of the earlier Annual Rateable Value (ARV) system. While the ARV was based on the expected rent from the property, the Unit Area Value is based on the expected returns from the property depending on the location and usage of the property. Since the unit of calculation is based on per square foot per month (UNIT) for a particular location/street (AREA) and multiplied by a rate (VALUE), this method of assessment of property is called the ‘Unit Area Value’ method. This is the same method adopted in the optional SAS during 2000 and also in 2008-09.

How are zonal classifications made?

The jurisdiction of BBMP has been classified into 6 value zones based on the published guidance value of the Department of Stamps and Registration. A separate appendix to the handbook containing the zone classifications has been published. The zone classification is also hosted on www.bbmp.gov.in or directly at http://bbmptax.karnataka.gov.in

Why has the published guidance value been chosen to classify the zones for property tax?

In Bengaluru, like in any other part of the country, we do not have an active and reliable real estate market that publishes the rental rates of every street. The published guidance value of the Department of Stamps and Registration is the only objective tool available for making a reasonable classification of zones. Other methods of classification will be too subjective and run the risk of official discretion. The guidance value route is adopted in other corporations in the country.

Will my tax go up under the property tax revision?

Property tax has not been revised since the year 2008-2009 (last revision was made in 2016). Hence, during revision it is normal for the tax to go up. However, in order ensure that the taxpayer is not affected by more than one jump, the jump in zonal classification has been limited to the next higher zone only.

Example: If an area/street under the SAS 2008 was classified under ‘F’ zone, but in the present notification is classified in ‘D’ zone, then the properties in such street/area shall be restricted to the next higher zone, i.e., ‘E’ zone, and not the revised rate of ‘D’ zone for the current block period. (This was adopted in 2016).