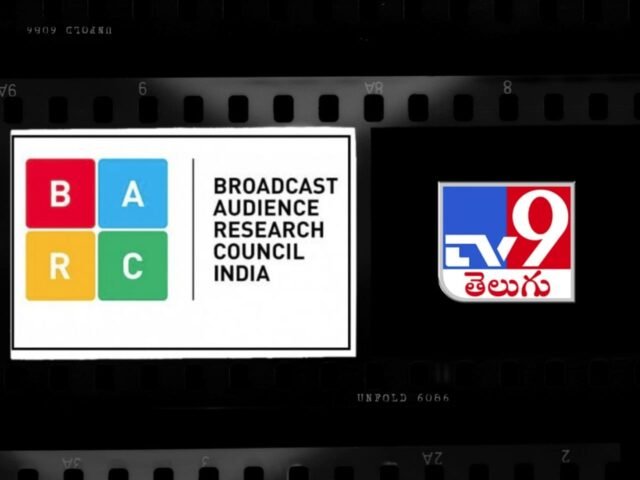 The TRP scam is not just hounding Arnab Goswami’s Republic TV, or the India Today group which is being investigated by the Enforcement Directorate — it has ramifications even for the Telugu news channels.

As per sources, although a forensic audit report that was accessed shows TRP manipulation to ensure that TV9 remains the top Telugu channel, the Mumbai police referred to it only in passing. The audit report is based on tell-tale email trails.

Addressing a presser on December 25, 2020, Joint Commissioner of the Mumbai Police Milind Bharambe referred to the ‘third party audit report’ and insinuated malafide on the part of Republic TV, but referred only obliquely to ‘Telugu News’ in the same context.

According to Bharambe, “As per the report, these manipulations have been going on at least from 2016 till 2019… They have analysed the data of around 44 weeks in detail, especially the genre of English news and Telugu news, where they found manipulation to a great extent.”

The audit report, on the basis of email trails, has alleged that data was manipulated to ensure that TV9 remains the top Telugu news channel, but this was not mentioned by the Mumbai police.

The forensic audit report identifies internal communication of Broadcast Audience Research Council (BARC) where one member of the organisation seeks permission from another to “remove the top viewing HHs and tell the panel to replace them to bring down INews viewership.”

The email communication on June 23, 2019, marked VSS Annexure 13, discusses the expected news numbers for week 25 of 2019. The email by the then Head-South Partnerships of BARC, Venkat Sujit Samrat Ch, affixes data charts that show that “pre re-run” the numbers of INews were much higher than those of TV9 Telugu.

In the body of the email, he writes “The below for INews is insane. We are bringing down 72GRPs to 8 GRPs. Their round 0 rating is higher than TV9. Is it okay that we identify the top viewing HHs and tell panel to replace them, once for all it will save us from these Pac’s week on week.” To which the response is “Yes – and also lets again take them to discom.”

The forensic audit report identifies email conversations between Venkat Sujit and Praveen Kumar dated July 23, 2018 that say “AP 24×7 needs to be reduced further, same with INews – let’s reduce a bit more.” The same is part of VSS Annexure 11 and indicates that ratings were being manipulated at a whim to benefit certain channels and suppress others.

In the Telugu news genre, the forensic audit report categorically identifies an internal email from August 7, 2018 that says, “INews increase looks a lot…esp reach decreased and only ATS increased” and therefore they should “redo” the channel. On August 7, 2018, another email says, “INews overall growth can be around 40%,” indicating arbitrary slashing of numbers was taking place.

In an effort to authenticate the details mentioned in the forensic audit report, TheBengaluruLive sought a clarification via a WhatsApp message to Sunil Lulla, CEO of BARC, and sought a similar clarification via an email to Barun Das, CEO of the TV9 group. In response, a BARC spokesperson said, “As the matter is a subject of an ongoing investigation by the various law enforcement agencies, we are constrained (sic) to respond to your enquiries.” There was no response from the TV9 group.

Universities in all the districts; UVCE, VTU will be upgraded on par with IIT:...