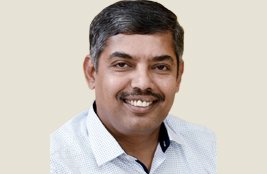 A notification to this effect was issued on Sunday.

Ponnuraj will also be placed on concurrent charge as the managing director of the Karnataka Power Corporation Limited.

Selvakumar has been transferred as Secretary in the Department of Skill Development, Entrepreneurship and Livelihood.

Ponnuraj also served as as the Personal Assistant to the then Union Railway Minister D V Sadananda Gowda in the year 2014.

Born in Tamil Nadu in 1973, Ponnuraj holds an MSc degree in agriculture and is from the 2000 batch of IAS.