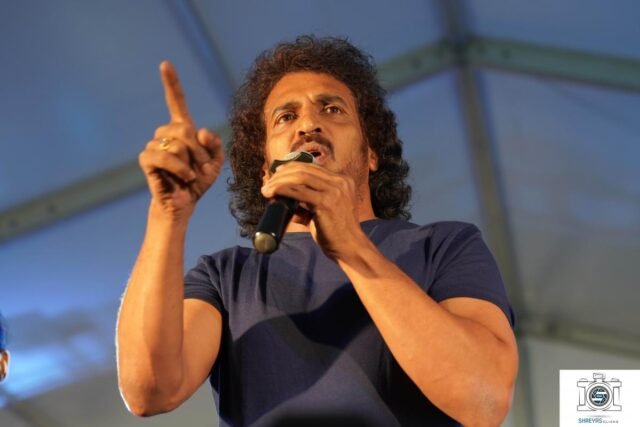 I am Upendra…
I want to be CM of this state…
Will you elect me if I contest in election? This is the question being put by real star, sandalwood actor Upendra on Saturday.

The star actor tweeted and even posted on his facebook: “See, I am doing social service! I am buying direct from farmers, distributing it free to the needy… I will also fight vigorously during elections, scream about ruling party, opposition party’s failures and ask you to elect me.. I will work for your bright future, will work day-and-night for making Karnataka the greatest state.. can you elect me?? 🙏🙏

“I don’t know if you will elect me or not, but I won’t contest in election.

“Then, you may ask why we need Uttama Prajakeeya Party?..

“Rajakeeya gives people that become leaders by fame. Prajakeeya does not make leaders .. here, people that are common people, not necessarily famous, will stand in elections.. if you vote for them and give the job of representing you, they will do the job you want, give you account for every paisa with complete transparency

“If they don’t follow SOP, or if you are not happy with their performance,… or if they want to change to another party.. I Upendra will be with you, as your CM.. I will fight alongside you until that person is ousted.. let there be a few extra elections if required to fix this system!

“There should be a provision to stand down (recall) a representative in law.

“For that power, I will be permanently with you, a permanent CM (Common Man)…

“No no.. I will be one of all of you, the extraordinary common people
OK!?

CM’s infection, a whodunnit for his staff & officials