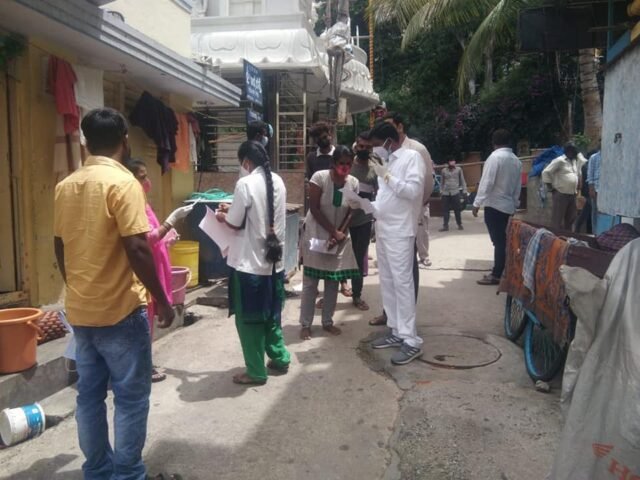 The woman had tested positive for coronavirus in July and was discharged after testing negative. However, she developed mild symptoms in a month and confirmed to have transmitted COVID again.

A 27-year-old woman who had recovered from COVID-19 in July, has tested positive again for the infection in Karnataka’s Bengaluru.

According to Fortis Hospital, Bengaluru, the woman had tested positive for coronavirus in July and was discharged after testing negative. However, she developed mild symptoms in a month and confirmed to have transmitted COVID again.

Dr Pratik Patil, Consultant, Infectious Diseases, Fortis Hospital, Bannerghatta Road, said, “In the first week of July, the patient was symptomatic (fever, cough and sore throat) and was tested positive. She was admitted to the hospital and recovered well.”

“A repeat test was conducted on her, which turned out to be negative, post which she was discharged on July 24. However, nearly after one month, in the last week of August, she developed mild symptoms again and has been tested positive again. Both times she did not have severe disease,” he added.

A 27-yr-old female found to be the 1st confirmed case of #COVID19 reinfection in Bengaluru. She tested positive in July & was discharged after testing negative. However, in a month she developed mild symptoms & confirmed to have transmitted COVID again: Fortis Hospital, Bengaluru pic.twitter.com/aE6w0NkgaU

This is possibly the first reported case of COVID reinfection in Bengaluru. Normally, in case of infection, the COVID Immunoglobulin G antibody is tested positive after 2-3 weeks of infection, however in this patient, the antibody has been tested negative, which means she did not develop immunity after infection, Patil said adding that another possibility is that the IgG antibodies disappeared in nearly one month leaving her susceptible for reinfection.

Reinfection cases mean that the antibodies may not be produced by every individual or if they do develop, they may not last long enough, and therefore, allowing the virus to enter the body and cause the disease again, the doctor informed. (ANI)