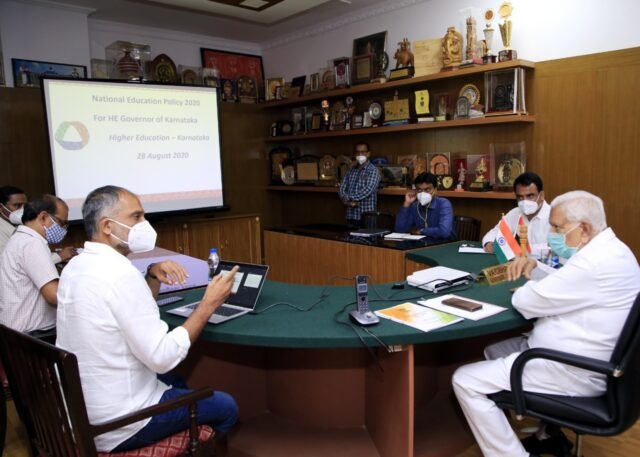 Deputy Chief Minister Ashwath Narayan, who is also Minister for Higher Education, briefed Governor Vajubhai Vala about the steps taken by the state government to implement the NEP.

At a meeting with the Governor on Friday, he informed him about the deliberations of the task force constituted by the government.

He also briefed the Governor  about the administrative and legal modifications to be made ahead of the NEP, adding that its implementation would start as soon as the task force submits the final draft.

The Governor discussed some of the NEP features with Prof Anurag Behar, Vice-Chancellor, Azim Premji University, who had accompanied the Deputy Chief Minister.

Prayers cut to 15 minutes in masjids

Bengaluru delivery boy could be ‘superspreader’