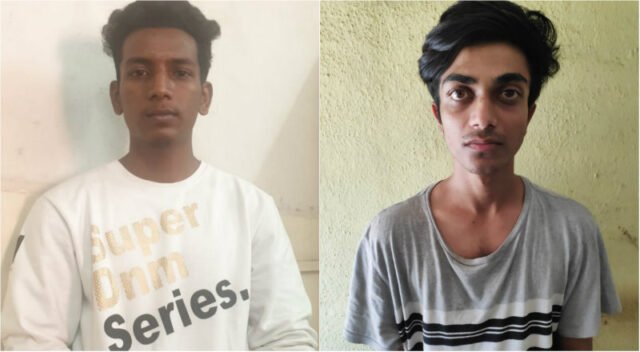 Police officials of the cyber crime police station have arrested two youngsters from Bengaluru on the charges of demanding money from a person after threatening to post his obscene photos on social media on Wednesday.

Police said the arrested persons have been identified as Pawan L and Gokulraju, both 20 years old.

It was said that the duo who created a fake Facebook account in the name of Sakshiraj then befriended a man named Rajesh of Mangaluru. They then made a woman call Rajesh and sent nude photos to him and in turn demanded his nude photos.

Once the person obliged, they began threatening the complainant after demanding money and even made phone calls claiming themselves to be police officers.

The duo has been produced before the court today and sent for judicial custody. (Agency)