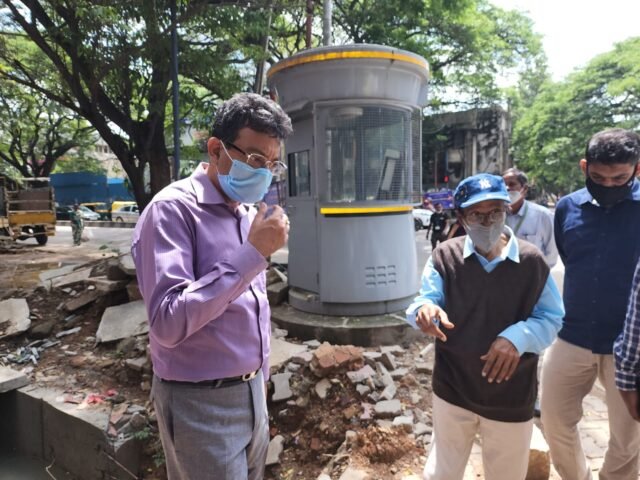 A social media post to win some brownie points from former Karnataka Chief Secretary Dr A Ravindra has backfired on BBMP Chief Commissioner Tushar Giri Nath, with netizens criticising the civic chief for not listening to common taxpayers.

Giri Nath’s tweet, which drew the ire of several Bengalureans for its ‘elitist’ tilt, reads: “Thanks for the timely suggestion of Retd Chief Secretary, Govt of Karnataka, Dr A Ravindra, who brought to our notice issues pertaining to the footpaths, drainage of Dr SK Karim Khan Road coming under HAL 2nd Stage, Hoysala Nagar Ward.”

‘Listen to common man too’

Abhay, a Bengalurean, tweeted: “There have been many such suggestions given by common man everyday, which are ignored from years. Please check all the tweets to @BBMPCOMM from past 5 years, you will find lakhs of such suggestions or issues.”

Tanveer Ali wrote: “Not sure why a retired Chief Secy has to bring BBMP’s attention to something which is their job. Can a common man also raise issues with BBMP? If yes, how?”

Krishna Vaidya’s tweet reads: “Sir, visit Cambridge Layout to see the situation. Raja kaluve is encroached by ISRO quarters near DAD quarters and BBMP has no clue… to do anything. Because of this encroachment, the raja kaluve narrows to 3 feet under thick concrete slab. We hear only talk last 15 yrs on this.”

4-year-old from Bagalkot among 16 new cases