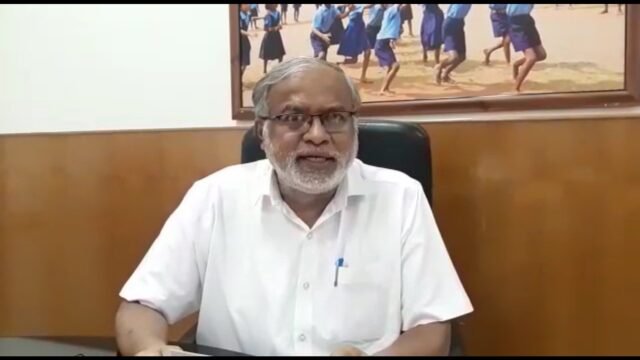 Karnataka Primary and Secondary Education Minister Suresh Kumar on Wednesday said an appropriate decision will be taken soon on holding board exams in the state.

‘Regarding holding SSLC (class 10) and second year Pre-University (class 12) exams, an appropriate decision will be taken at the earliest,’ the Minister said in a statement.

He said discussions are underway with teachers, education experts and parents in this regard and an appropriate decision will be taken soon keeping in mind the health of the children and their future.

The central government on Tuesday had decided to cancel the CBSE Class 12 board exams amid the continuing COVID-19 pandemic across the country with Prime Minister Narendra Modi asserting that the decision has been taken in the interest of students and the anxiety among students, parents and teachers must be put to an end.

Several states too have cancelled board exams following the centre’s decision.

Kumar, during the meeting of Education Ministers of all states organised by the central government’s Ministry of Education last month, had said it was necessary to hold exams for second PU students in some way as they prepare for professional courses.

The state government had earlier postponed the second PUC examinations which were scheduled to begin from May 24, citing a surge in COVID cases as the reason.

It has also postponed the SSLC examinations slated to start from June 21, citing similar reasons. PTI

30,000 foreign returnees to be stamped in Bengaluru