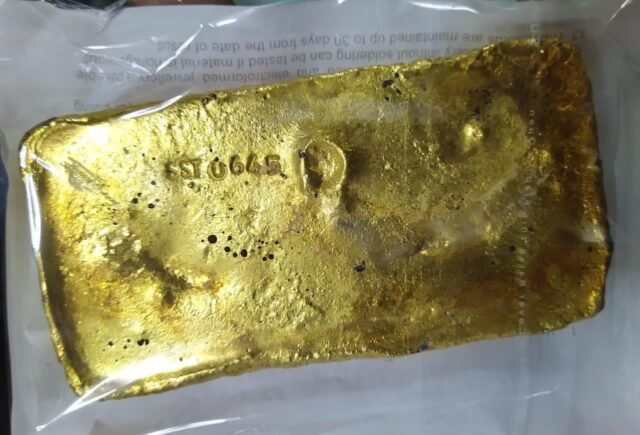 The gold had been smuggled from a Middle Eastern country and was packed in the form of a paste. After the seizure, officials called experts to assess its value.

Officials are tight-lipped on from which place the gold had been smuggled. A case has been registered and officials are working to find out for whom the consignment had been sent to. Officials have seized a large quantity of gold being smuggled into the city and they are investigating several cases. (Agency)

Checkposts will come up in border regions having village-to-village contact to stop COVID surge:...

‘List of influential Muslim leaders in various states has been prepared, to harass them’:...