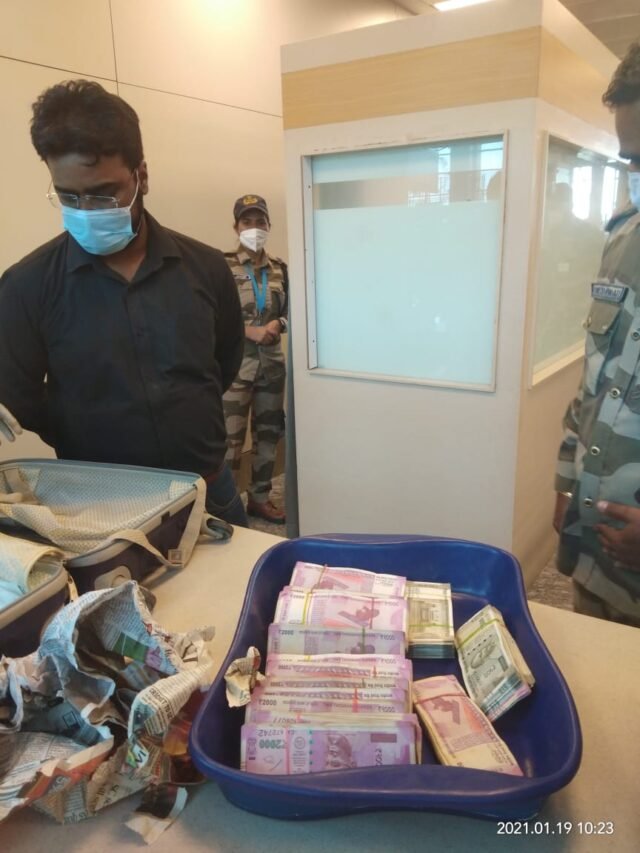 In a major development, Central Industrial Security Force (CISF) officials have arrested a Customs officer and his wife and seized cash and gold worth Rs 74 Lakhs on Tuesday at Bengaluru International Airport.

Officials said that Customs officer Irfan and his wife were carrying cash and gold to lucknow. They arrived from Chennai and decided to catch a flight to Lucknow.

In a routine check like passengers CISF officials checked the Customs official, fearing being caught, they threw Rs 10 lakh cash in the toilet. Observing their movements the security forces caught both with cash and gold, a senior official said.

After the search operation of their bags the officials found two costly mobile phones, an apple watch, a suitcase with cash of Rs 74.81 lakh and old jewellery.

The case has been transferred to the IT department for further investigation.

with inputs from UNI

Drugs worth lakhs seized from flat