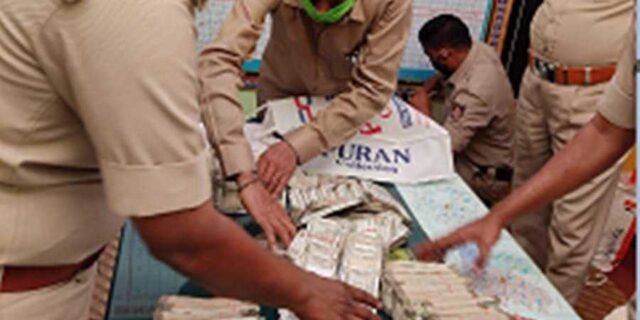 Two persons were arrested in Srinivaspura taluk here on Tuesday while allegedly transporting documents and cash worth Rs 2.95 crore in a car.

The accused were travelling in a Maruti Swift car to Andhra Pradesh via Srinivasapura. Acting on a tip-off, the police chasing them nabbed them in dramatic fashion by placing barricades near the entrance to Rojarahalli village in the taluk.  One of the accused reportedly escaped.

Be polite to complainants: Karnataka CM to police officials