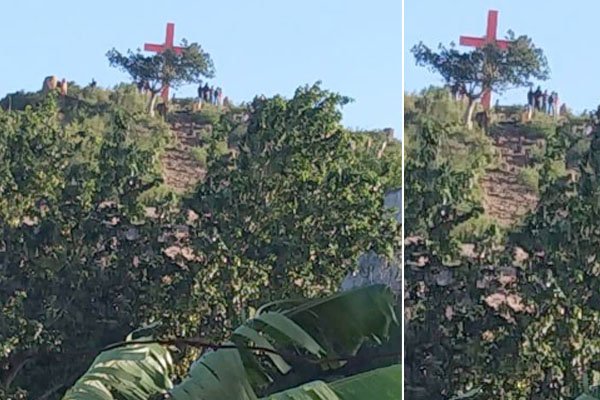 A large Cross depicting the crucifixion of Jesus Christ, located at the Susai paliya hill in the district, was removed by the authorities on Wednesday amid opposition from the local Christian community.

The Cross, put up illegally on government ‘gomala’ (pasture) land, was cleared amid tight police security. The Karnataka High Court had ordered removal of the structure following a PIL.

The operation was conducted by Assistant Commissioner Raghunandan amid a bandobast by hundreds of police personnel under the leadership of Chikkaballapur SP Mithun Kumar.

As the removal of the Cross got underway, the police pushed back hundreds of protesters. Members of the local Christian community held a protest march at the site.