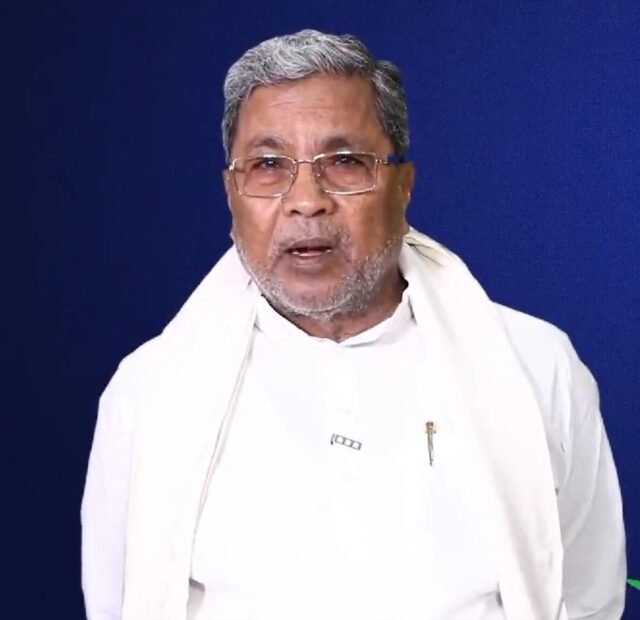 Congress leader Siddaramiah on Thursday said that the party will take their protest to the streets if the Karnataka government does not roll back revised school textbooks, which he said has hurt the sentiments of Kannadigas. “The textbook has been revised by Rohith Chakrathirtha (head of the textbook revision committee), who is an orthodox RSS man. I hope the government will consider revising it, if not, we will go to the streets,” said Congress leader Siddaramaiah in Bengaluru.

After disbanding the state textbook review committee, Chief Minister Basavaraj Bommai earlier ruled out forming a new panel and defended the inclusion of a chapter on Rashtriya Swayamsevak Sangh (RSS) founder KB Hedgewar. Speaking to reporters earlier on the textbook row, Bommai said, “There is no question of constituting a new committee. The previous committee was disbanded after its work got over. We will discuss with seers who have written letters to me about the reference of Basavanna in the textbooks. I have already said that ours is a Basava Patha (path) government.”

“The Baragur Ramachandra committee was formed by the previous Congress-led government in 2015. Our committee too looked into the textbook revision. Both the committees had similar recommendations, barring reference to ‘linga deekshe’. We will consider views of all seers who have written to me,” said Bommai. The Karnataka government, earlier this month, announced the dissolution of the state textbook review committee. The move came amid controversy over textbook revisions.

The Bharatiya Janata Party (BJP)-led Karnataka government has been embroiled in a controversy after the textbook review committee included RSS founder KB Hedgewar’s speech in school textbooks, while allegedly omitting chapters on freedom fighters, social reformers and litterateurs. Bommai emphasized that the government is open to further revision in the textbooks.

Meanwhile, a ‘Chaddi row’ started in the state after some members National Students’ Union of India (NSUI), the student wing of the Congress, burnt a pair of khaki shorts outside state education minister BC Nagesh’s residence against the alleged “saffronisation” of school textbooks in the state. (ANI)