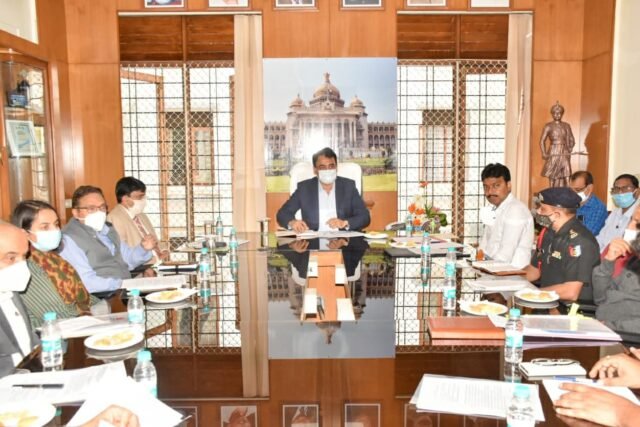 Speaking to reporters after a high-level meeting with officials of several departments, Dr Narayan noted that offline classes for final-year students of all courses had commenced on November 17 and have been running successfully. There was a demand to restart classes for the remaining grades also, and the decision had been taken in the best interest of the students, he said.

Hostels for the students will be opened simultaneously and the bus pass facility will be provided. All precautionary measures, including Covid tests in colleges, sanitization and maintaining social distancing were in place, the DCM said.

“Arrangements have been made to enable disbursal of student bus passes in an expeditious manner and the Transport Department has agreed to this. Colleges are directed to contact officials of the bus depot in their limits with regard to bus passes,” he said.

The Department of Social Welfare and Backward Classes has been asked to frame an SOP for hostels, while SOPs for the library, canteen, academic and cultural activities, and sports meets have also been framed, the DCM said.

Dr Narayan said offline exams would be conducted on a common date, to be announced shortly, after consultations with all the Vice-Chancellors of state-run and private universities.

Corona+ve tracker on your mobile