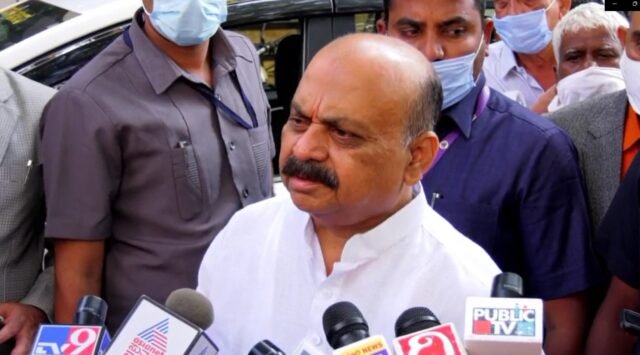 Karnataka Chief Minister Basavaraj Bommai on Saturday ruled out going abroad saying that the programme he was supposed to attend in Davos has been postponed.

”I was supposed to attend a programme in Davos, which has been postponed. As a result, my foreign trip is cancelled,” Bommai told reporters in Hubballi.

There were rumours that the Chief Minister would go abroad for the treatment of his knee related ailment.

However, his cabinet colleagues too ruled out his going abroad, saying that the ailment will be cured here in India without undergoing treatment.

Regarding the passage of the anti-conversion bill, which aims to check religious conversion in the state, Bommai said the BJP does not have a majority in the legislative council.

”We don’t have support there in the upper house. If we had at least two more members, we would have passed it,” Bommai said.

The bill was passed by the assembly on Thursday but has not been cleared by the legislative council.