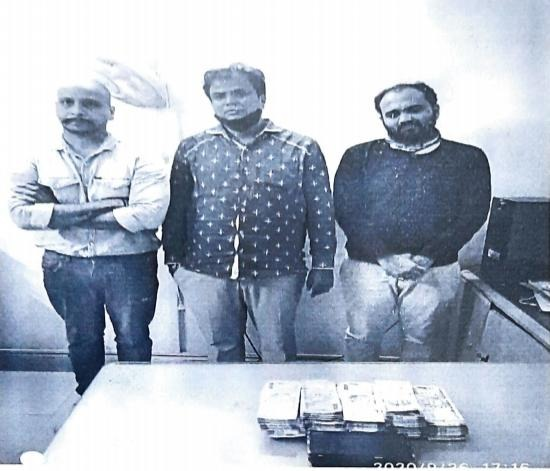 Trio were taking wagers on match between Delhi Capitals and CSK

Three bookies who were taking bets on the ongoing IPL matches were arrested by the CCB and Rs 9.5 lakh in cash was seized. The accused have been identified as Bhavesh Jain, Arvind Jain and Vimal Jain.

The trio were allegedly placing lakhs of rupees in Gandhinagar during a match between Delhi Capitals and CSK. A case has been registered at the Upparpet police station, according to Joint Commissioner (Crime) Sandeep Patil.

Four days ago, CCB sleuths had busted two cricket betting rackets in Banaswadi and Malleswaram. Six persons were arrested and Rs 6 lakh in cash was seized.

IPL 2020 started on September 19 and will continue till November 10 across three venues in the United Arab Emirates — Abu Dhabi, Sharjah, and Dubai.