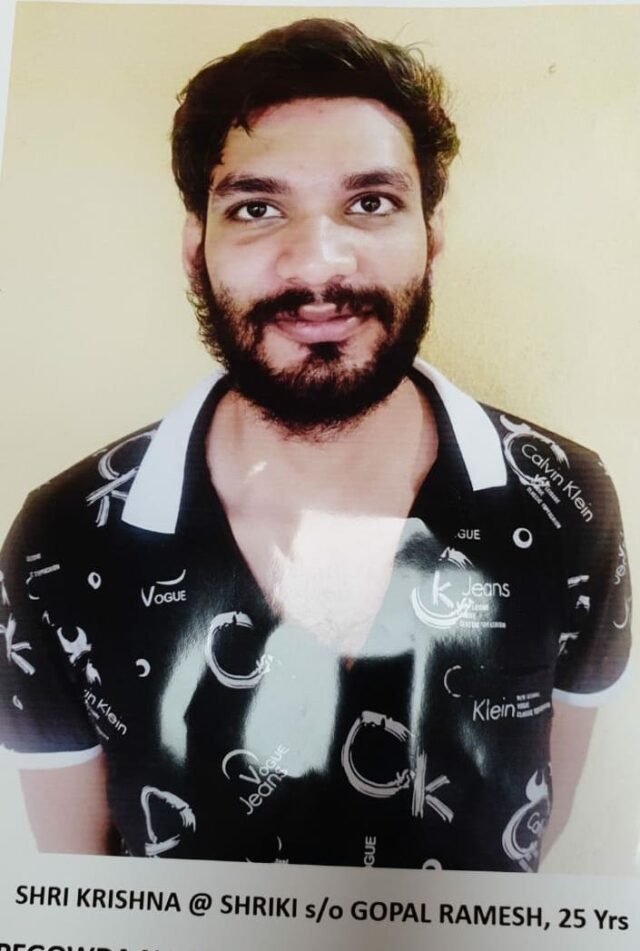 Amidst the political slugfest over bitcoin scam, Karnataka Police have detained the main accused Srikrishna here on Saturday after a brawl at a city hotel.

He has been detained along with his friend by the police for questioning.

The police said the accused was involved in a brawl with one Vishnu Bhat and their officials at the hotel.

Some time back, Congress leader Siddaramaiah had posted a tweet claiming that he had information on some Karnataka politicians involved in the bitcoins and drugs case involving Sri Krishna and the police were trying to close the case.

However, Karnataka Chief Minister Basavaraj Bommai countered by saying that the Congress was making vague allegations because further investigations into the case would boomerang on Congress and Siddaramaiah.

Bommai alleged that it was during the BJP rule that they had arrested Sri Krishna, whereas the Siddaramaiah-led Congress government had left him scotfree in an assault case.

Due to the interrogation of Sri Krishna, the police found out about the bitcoins scam and hacking of a government portal for making money by selling data retrieved from it, he said.

Bommai also said there was no question of closing the bitcoin scam involving Sri Krishna as feared by Siddaramaiah.

Moreover, the state government has handed over the case to the central and international investigating agencies like ED,CBI and the Interpol, he added.

Bommai also asked the Congress and Siddaramaiah to cooperate with the police in furnishing documentary and transactional evidence, if any of the politicians were trying to close the bitcoins case.

On the contrary, Karnataka Pradesh Congress Committee President DK Shivakumar had urged the Bommai government to release details of the scam.

He had blamed the state government for trying to hide information about the scam even as it was written to investigative agencies, including the Enforcement Directorate and the CBI.

Shivakumar also had sought transparent investigation by the central agencies as well as by a sitting judge of the Supreme Court so that the truth comes out.

Minister fills in for sweeper!

‘Wannabe’ MLCs are not in ‘want’ of any money!