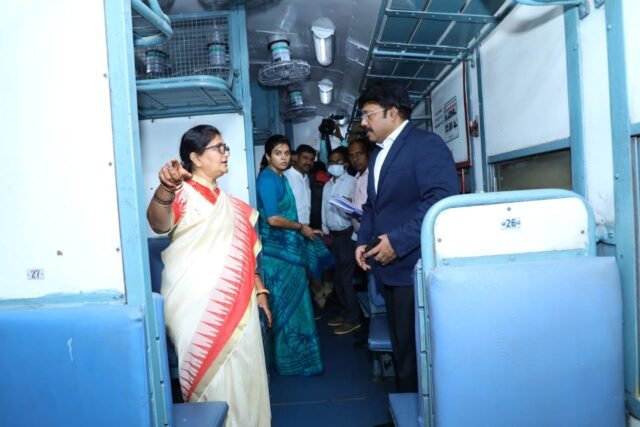 The ‘Bharat Gaurav’ pilgrimage train will depart from Bengaluru to Varanasi in the last week of August, Karnataka Minister Shashikala Jolle said here on Monday.

Jolle, who holds the Religious Endowment, Haj and Wakf portfolio, said the seven-day tour programme at discounted rates for the pilgrims will cover the holy places including Varanasi, Ayodhya and Prayagraj.

”Most people desire that the Kashi Yatra (Varanasi pilgrimage) should be undertaken at least once in a lifetime. It was my desire to launch such a programme, which is now fulfilled. Chief Minister Basavaraj Bommai had conceptualised this idea and extended all cooperation,” she said.

The minister said Karnataka was the first state in the country to provide Bharat Gaurav Train service at a low cost with the Religious Endowment department formulating the pilgrimage package.

Jolle said preparations have been made for the modification of trains and detail discussions with the railway officials. The train was hired by giving a bank guarantee of Rs 1 crore.

The seven-day tour will cover a route stretching 4,161 kilometres. The train has 14 coaches with 11 coaches lined up for passenger travel with each coach representing important temples in the state. One bogie has been converted into a temple for the people to offer prayers.

Arrangements have been made for food, water, accommodation, and local transport near the pilgrim centres by IRCTC, a subsidiary of the Railways. The seven-day tour costs Rs 15,000, in which the government of Karnataka will give a subsidy of Rs 5,000. PTI

Karnataka gets 4th consignment of medical oxygen by train