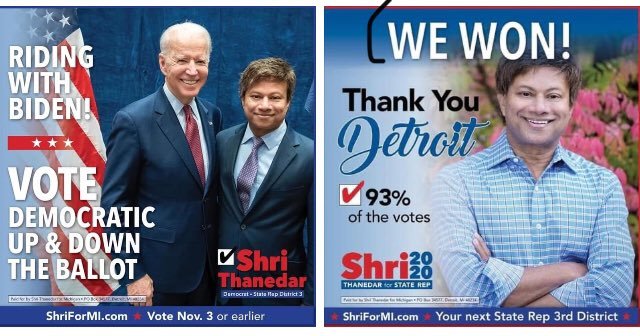 Shri Thanedar, a wealthy businessman from Belagavi in Karnataka, representing the Democrats, has been elected to the Michigan House of Representatives with 93 per cent of the votes in his favour.

The 65-year-old scientist and tycoon also contested the post of Michigan Governor two years ago.