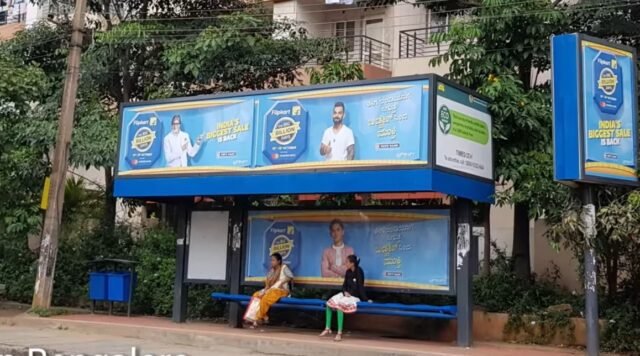 A case of multi-crore evasion of taxes to BBMP that has come to light recently should have concerned citizens and civic activists wondering whether the Income Tax department should come into the picture.

Nearly 12 advertising agencies in Bengaluru, of whom one is owned by a 175-year-old media group, are facing allegations of evading a total of Rs 26.83 crore in taxes to BBMP.

On January 25, 2021, the Bangalore Development Authority’s chairman and Yelahanka MLA SR Vishwanath filed a complaint with the then BBMP Commissioner demanding an inquiry against advertising agencies in Bengaluru who had been given advertisement rights for 20 years for constructing police chowkies, bus shelters, pedestrian skywalks, construction of toilets but had allegedly evaded taxes to the BBMP in the form of ground rent, GST and advertisement display taxes. Vishwanath had urged the then BBMP chief to get the matter probed by the civic agency’s in-house TVCC.

The team of TVCC engineers completed its 57-day-long inquiry and submitted its report to BBMP Chief Commissioner Gaurav Gupta in April this year.

The Chief Commissioner has reportedly forwarded the TVCC report to the Special Commissioner (Revenue), after which there has been no further development. As per a source, no official has expressed interest in following up on the evaded tax amount of Rs 26.83 crore.

Before preparing its report, the TVCC had obtained 49 files from Joint Commissioner (Finance) Venkatesh S, who belongs to the Indian Revenue Services cadre (officers who usually work in the Income Tax department) and is on deputation to BBMP. Venkatesh is said to have provided all the 49 files which were in his office to the TVCC team, which found various lapses case by case and prepared an agency-wise tax evasion report (a copy of which is available with TheBengaluruLive).

The 12 advertising agencies were accorded works like installation of skywalks on a ‘Design, Build, Finance, Operate, Transfer basis – the PPP model — at various Bengaluru locations for 20 years, and construction of bus shelters against commercial advertisement rights for a concessionary period of 5 years since 2014 (a period that has already expired).

The report inter alia said: “In 2016, BBMP gave a work order for construction of 550 bus shelters out of which only 83 have been constructed since September 16, 2016, while the agencies did not construct the remaining shelters. BBMP’s Assistant Commissioner (Advertisement) did prepare the demand notices for yearly ground rent, service taxes and advertisement taxes but failed to serve them. These agencies also never attempted to pay the taxes voluntarily. Hence, it is necessary that the Assistant Commissioner serves notices to these advertisement agencies and collects the taxes of Rs 26.83 crore. The direction should be issued by the Chief Commissioner.”

The TVCC engineers, while preparing the report, had access only to 23 files pertaining to skywalks and 26 files related to bus shelters.

“The files related to the installation of police chowkies, construction of toilets and other PPP projects were never placed before the investigating agency. Hence, a report pertaining to these works was not prepared,” the TVCC report noted.

The report further maintained: “Around 23 files related to skywalks were examined and it came to notice that the agencies have evaded taxes of Rs 5.46 crore towards construction of skywalks.”

“The 26 files related to bus shelters have details of evading taxes worth Rs 21.37 crore. As a result of the financial loss to BBMP, the Assistant Commissioner (Advertisement) shall issue a demand notice as per the terms of the contract agreement, terms of service completion, service tax and advertising fees,” the report pointed out.

Following its access to a copy of the report, TheBengaluruLive sent an email to all the 12 advertising agencies seeking their response. However, no responses were received at the time this story was published on our digital portal. As this is a developing story, reactions and other updates will be published as and when received from these agencies.

Also Read: ‘Hoardings at Hebbal flyover will be public loot’

No lockdown in Bengaluru, reiterates CM