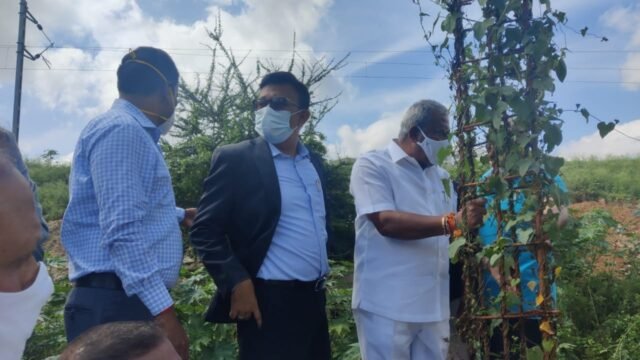 The Minister directed BBMP to clear the silt and blockage from the drain so that the problem is resolved permanently. Drones will be used to conduct a survey and a report will be submitted soon.

According to residents, every time it rains, water from the Kaggadasapura lake bund area gushes into the layout due to a blockage in the rajakaluve. “As a result, water enters the layout from BWSSB’s pipelines,” they said.

Minister Basavaraj and Chief commissioner directed officials to plan for the permanent solution.