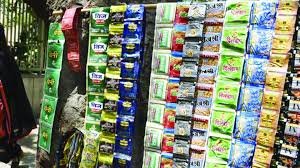 On May 30, the state government had announced a ban on chewing tobacco and spitting in public places. On Friday, Governor Vajubhai Vala went one step further and advised Chief Minister BS Yediyurappa to ban all gutka products in the state.

The Governor’s suggestion came when the CM and Home Minister Basavaraj Bommai went to the Raj Bhavan to brief him about the measures taken by the government to control the spread of Covid-19, according to a Raj Bhavan release.

The Governor sought a ban on the sale and distribution of tobacco/gutka/pan masala and all types of pouches in the name of gutka. He said the trend was leading to addiction among youths and students.

The Chief Minister said the issue would be discussed, and if necessary an ordinance brought in this connection.

The Governor also suggested speedier Covid tests, and the use of ayurvedic and homoeopathic medicines to control the virus.

Report on wakf property misuse to be tabled in assembly: CM